We are the exclusive marketing partner of LelongTips.com.my.

We display updated listings of auction properties in Malaysia and provide FREE assistance service for enquiries by telephone or online. Our below market value listing would benefit your property investment as well as for your own use. With rising concerns about inflation and higher living costs, people are living more frugally and many industries could be affected by consumers' weakening buying power.
The Real Estate and Housing Developers' Association Malaysia (REHDA) said more is needed to mend the housing and construction industries to ensure that issues faced by industry players are addressed effectively.
"We need government intervention to mitigate rising prices of building material, for example, by temporarily waiving or reducing duties on certain construction materials until prices normalise or are more manageable.
"It will help the industry if the government could also lift taxes and levies imposed on import materials," REHDA told Bernama in their Budget 2023 wishlist. Budget 2023 will be presented on Oct 7, 2022.
REHDA would also like the government to review and reduce unnecessary charges, such as those imposed by utility companies and authorities on land earmarked for social and community facilities, road and drainage and open spaces.
The association hoped new charges will not be introduced on developers as they are already required to build the necessary infrastructure for their respective development projects.
REHDA said reducing the cost of doing business – some of which are deemed as "relevant" today – could lead to savings which could be passed on to house purchasers.
REHDA also suggested giving tax deductions on the interest incurred during the construction period to help first-time house buyers, or alternatively, a personal tax relief of RM20,000 for properties priced up to RM500,000.
It also suggested a one-off first-time house buyer's grant of RM30,000 for properties up to RM500,000 could also be given. Either that or continue with the MyHome Scheme 2 programme for eligible purchasers.
The programme works by providing a government subsidy to each house sold, helping to defray costs for buyers while ensuring financial returns for developers. Successful applicants avoid the need to pay the standard 10 per cent down payment that is normally required.
While the rent-to-own scheme is an alternative for first-time buyers, banks should be encouraged to actively implement a step-up financing scheme to bridge affordability issues.
Furthermore, it hoped the government would consider reviewing or relaxing the new stricter conditions for Malaysia My Second Home (MM2H) participants, while also granting an income tax deduction for payments made for releasing Bumiputera units.
"It is tempting for the many stakeholders – state and local authorities and utility companies – to impose additional requirements on the industry (but this is) to the detriment of buyers, and these temptations must be resisted.
"We will continue to encourage our members to uphold our nation-building role of providing quality, affordable homes," it added.
Separately, Mah Sing Group Bhd would like the government to reduce labour shortage as work on site has been seriously impacted; the situation is driving investors away. The construction industry requires about 500,000 workers, primarily from Indonesia and Bangladesh.
In order to become a carbon-neutral nation by 2050, it would like the government to consider providing small grants to developers to encourage them to incorporate more green features into their developments and to use renewable energy sources such as solar panels.
It should incentivise developers to adopt Industrialised Building System (IBS) and Building Information Modelling (BIM) to spur higher quality developments, reduce labour dependence, increases site neatness, and increase productivity.
Meanwhile, the National House Buyers Association (HBA) honourary secretary-general Datuk Chang Kim Loong said annual household income to house price should be 1:3 and not 1:6 as in the current lopsided system.
"It is the objective of all to make housing affordable for the majority of ordinary Malaysians," Chang said.
HBA has proposed the built-then-sell (BTS) system of 10:90 be made mandatory and developers' profit margin be capped.
It is also vital for developers to source their materials locally to cut imported inflation and move towards technology-based methods to shorten construction time.
"Localising construction costs and technology-based methods create job opportunities for locals. Reduce compliance costs, genuinely address corruption in the industry and remove loopholes that perpetuate corrupt practices," Chang said.
HBA also supports the idea that the cost of building utility infrastructure be borne by the respective utility companies.
Apart from that, HBA would also like the government to give tax benefits to developers to lower house prices without compromising on quality and structural safety.
September 20, 2022
Source: New Straits Times
Share: MIPFM: Offer to support the real estate sector under the 2023 budget 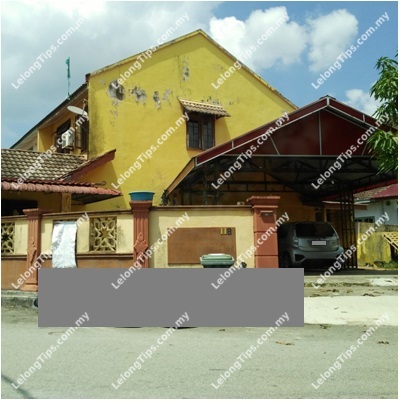